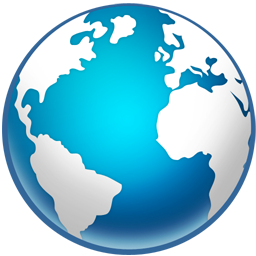 From Charity to Medicine

The economy of Taiwan in the 1970s took a giant leap, thriving at a rate only second to Japan in Asia. It was a time when hard workers were rewarded for their labors, and everyone can afford a family. As the nation began to break out of its plight, poverty continued on the east side of the Central Mountain Range.

Upholding the teachings of Ven. Yin Shun, “For Buddhism and all living beings”, Mas-ter Cheng Yen in 1966 founded Tzu Chi Foundation, and immediately engaged in pov-erty relief with its members. She recognized the vicious cycle of poverty and illness and, in 1972, founded Tzu Chi Foundation Affiliated Free Clinic on no. 28 Ren’ai St., Hualien City. The free clinic served as a the basis of the Foundation’s future medical mission.

Soon after the foundation was founded, Master Cheng Yen recalled, she and few com-missioners visited a low-income family in the countryside of Hualien, and were wel-comed by a horrific sight. The man of the house, paralyzed by occupational hazard, lay helplessly by the front door as a rodent, unafraid of the approaching visitors, feast away on the rotten flesh of his lower limb. Not long after, the wife, as thin as the corn stalks she was carrying, returned home with four young children. The scene was heartbreak-ing. “At the time, Hualien was in no shortage of cases like this one. I founded the free clinic, for I have witnessed how poverty prohibit people from seeking treatment. We engage in medical outreach during weekends and holidays in Yuli and Taitung to the underserved populations,” recorded Master Cheng Yen.

The charitable contributions of Nurse Teng Shu-Ching and Nurse Lin Pi-Chi, Physician Chang Cheng-Wen, and Surgeon Huang Po-Shih from the provincial Hualien hospital were the sustainable force behind the free clinic's operation. They spent the two-hour lunch break every Tuesday and Saturday in the free clinic, serving underprivileged pa-tients near and far. Dharma masters from Jing-Si abode and Tzu Chi commissioners would arrive at the clinic around 9 am to sweep the facility, and assist patients with reg-istration, check-in, and prepare medical records. After servicing over 140,000 person-time visits over 14 years, the free clinic completed its intended mission and closed down in Dec. 1986, four months after the Hualien Tzu Chi General Hospital inauguration.

To root out poverty in Eastern Taiwan, Master Cheng Yen, in a Tzu Chi commissioner gathering on May 10, 1979, first shared her vision of introducing modern medicine and health care to Hualien. Having virtually no fund and limited resources, she travelled across Taiwan in frail health to share her ideals and raise money. The challenges and agony in the process were beyond words. However, Master Cheng Yen's endeavor and compassion had inspired the general public, and that inspiration slowly aggregated into a everflowing stream of love.

As fundraising continued, the Foundation inspected seven potential locations for the hospital, yet none of them met the ideal requirements. From Oct. 1980 to April 1982, Lin Yang-Kang, the chairperson of Taiwanese Provincial Government at the time, de-cided to intervene. With his support, a riverside reclaimed land at the end of Zhongshan Rd., Hualien City was designated for the hospital. Overjoyed by the news, the Tzu Chi Commissioners and members voluntarily took saws and hatchets, drove bulldozers and excavators to grade the land.

In early 1981, a Japanese entrepreneur offered a generous donation of 200 million USD towards the hospital, but was politely declined by Master Cheng Yen. The hospital built to serve underprivileged Taiwanese, Master Cheng Yen believed, should be build by the inspired love of Taiwanese people. Therefore, in spite of obstacles and setbacks, she encouraged her disciples to continue to raise funds toward the first modernized general hospital in Hualien-Taitung region.

As fundraising and preparation continued, the Foundation began looking for ideal ar-chitect and design from the public. After elaborate conversations with several applicants and browsing their portfolios, Master Cheng Yen designated Hsu Chang-Chi as the chief architect for the project.

The groundbreaking ceremony for Tzu Chi General Hospital was held On Feb. 5, 1983. At the time, the total money raised were 30,000,000 TWD, approximately 1/20 of the estimated budget.

As Tzu Chi prepared for the construction, a sudden phone call brought everything to a halt—the site had been rezoned for military use. The grave news left Master Cheng Yen sleepless. As she continued searching for new location, she had decided to return all the donations to its donors if the project fails to proceed.

Sister Lin Pi-Yu, the current vice CEO of Tzu Chi Foundation, had been preoccupied with locating an ideal site for the hospital since the project was announced. As depress-ing as the setback was, she managed to acquire a new piece of land for the Hospital, which was considerably better in terms of size, location, and neighboring environment than any of the previous candidates. That land she acquired is where Hualien Tzu Chi General Hospital stands today.

The pleasant news came with a not so pleasant one—the estimated budget for the first phase of the construction was further raised to 800 million TWD. Although the Founda-tion had only managed to raise a discouraging sum of 30 million TWD, the Tzu Chi commissioners did not falter in their effort. They walk the city streets, sharing the altru-istic ideals behind the hospital with all those who would listen. Not long after, dona-tions began pouring in from nationwide and overseas, from all levels of social strata. By inauguration day, the Hospital had raised a total of 707 million TWD.

Every piece of brick, every grain of sand of this Hospital are the manifestation of love and compassion from the generous souls worldwide.

Prior to inauguration, in Jan. 1985, Tzu Chi General Hospital began open recruitment. Disappointedly, only two dentists applied. Yang Sze-Piao, a member of the Tzu Chi General Hospital preparation committee and the superintendent of National Taiwan University Hospital (NTHU), and Tu Shih-Mien, the vice superintendent of NTHU, both believed that a cooperation education with NTHU was the only mean to secure enough doctors. With the help of Chen Kai-Mo, the director of NTHU’s surgical de-partment, Orthopedist Chen Ing-Ho agreed to come. However, the positions of attend-ing doctors for each departments remained vacant. The Hospital relied on rotations with the support of NTHU doctors to stay operational. On Aug. 1, 1986, the Department of Education approved the cooperation education between Tzu Chi Hospital and NTHU.

On the following day, Aug. 2, the Hospital held a pre-inauguration press conference, on which it announced the hiring of Tu Shih-Mien, the vice superintendent of NTHU and a specialist in otolaryngology, as the new superintendent, and Cardiologist Tseng Wen-Ping as vice superintendent, and the beginning of a two-week long free clinic, which ended on Aug. 15 and served a total of 7,200 people. During the press conference, the newly appointed superintendent Tu Shih-Mien briefed the organizational structure, fa-cilities, and operating principles of the Hospital, and proclaimed that “Tzu Chi General Hospital, after its inauguration, will abolish the long-standing security deposit system”.

On Aug. 17, 1986, 11 years and 3 months after Master Cheng Yen first shared her vi-sion with her disciples, Buddhist Tzu Chi General Hospital officially inaugurated. On Dec. 8 of the same year, the Department of Health (now known as the Ministry of Health and Welfare) notified all public hospitals and non-profit hospitals to abolish the security deposit system as of Jan. 1987.

The medical building of the first phase (now known as the Da Ai Building) had 250 beds and 11 specialist clinics. Two years into operation, the Hospital continued to struggle with staff drought. Chang Yao-Jen, Chen Hsin-Dean, and Chen-Jui-Hsia were the among first few doctors who heeded the call. On Aug. 1 1988, Chien Shou-Hsin, Kuo Hann-Chorng, Lee Jen-Jyh, Chao Shen-Feng, and Huang Lu-Chin from NTHU also joined, and these young doctors were a strong addition to the Hospital; Wang Pen-Jung, now the president of Tzu Chi University, also came to assist. In 1989, Wang Yin-Wei, Liu An-Bang, and Yang Gee-Gwo joined in May and July respectively. Yu Jzai-Chiu, Hsu Shih-Hsiang, and Hsu Yung-Hsiang in July 1990; Wang Ji-Hung, Pan Yong-Qian, and Kwong Sai-Tung in July 1991; and Lee Ming-Che later that August. All these doctors are now well respected in their own disciplines.

The predominant feature of Tzu Chi hospital—medical volunteers—was first imple-mented in Dec. 1, 1986, approximately 3 months after its inauguration. Formerly known as “Tzu Chi Service Team”, its members consisted of 150 medically trained Tzu Chi volunteers. The medical volunteers today have grew far beyond that number, acting as pillars for the Hospital staff. Their genuine sincerity has warmed the hearts of count-less patients and their families.

Tzu Chi General Hospital suffered a tremendous loss in 1989 with the passing of Supt. Tu Shih-Mien due to liver cancer. The grief was heavy to Master Cheng Yen and the entire Foundation. Vice Supt. Tseng Wen-Ping succeeded the position and became the 2nd superintendent of the Hospital. Under his leadership, the hospital was accredited as a quasi-medical center in 1998. In July 1999, Supt. Tseng honorary retired and was succeeded by a young and talented orthopedist Chen Ing-Ho. In 2002, the hospital was finally accredited as the only medical center and ISO9001:2000 certified in Eastern Taiwan.

The Hospital now has three buildings: The medical building in the first phase of the project (now known as the Great Love Building) has 250 beds and 11 specialist clinics; the Gratitude Building in the second phase of the project was built to accommodate the increasing demands of the medical center operation; the He Xin Building in the third phase is a seismically isolated building where the emergency and trauma center is locat-ed; and Xie Li Building, which houses all the cutting edge medical technology, is dedi-cated to medical research and hospital administration.

Our Hospital is committed in the pursuit of clinical, educational, and research innova-tion. That commitment also reflects in our international standard medical professional-ism. The Hospital safeguard all trauma and emergency patients in Eastern Taiwan. The medical and surgical intensive care units operate day and night, and the emergency team on standby around the clock. Our cardiac catheterization and 3-Dimensional Mapping of Cardiac Arrhythmias are of international standard. Our Neuroscience Cen-ter has been international recognized for its treatments and researches of complex dis-eases such as Parkinson’s disease, epilepsy, brain tumor, and stem cell transplantations.

Our Cancer Center was accredited as grade A in 2009, thanks to the collaboration of 11 specialized cancer teams that offers holistic medicals services including cancer preven-tion, early diagnosis and treatments, and palliative care. Our Organ Transplantation Center, since its inception, is dedicated to the advocation of organ donation across all communities and social strata. The Center’s living-donor liver and kidney transplanta-tion have a high survival rate, which can be translated into lives saved and promises fulfilled. The implementation of IDS (integrated delivery system) allows the Hospital to attend to patients living in remote regions with routine medical outreach programs.

Hualien Tzu Chi Hospital still uphold the principle of patient-oriented service ever since its inception, and strives to be the leading health care provider worldwide. 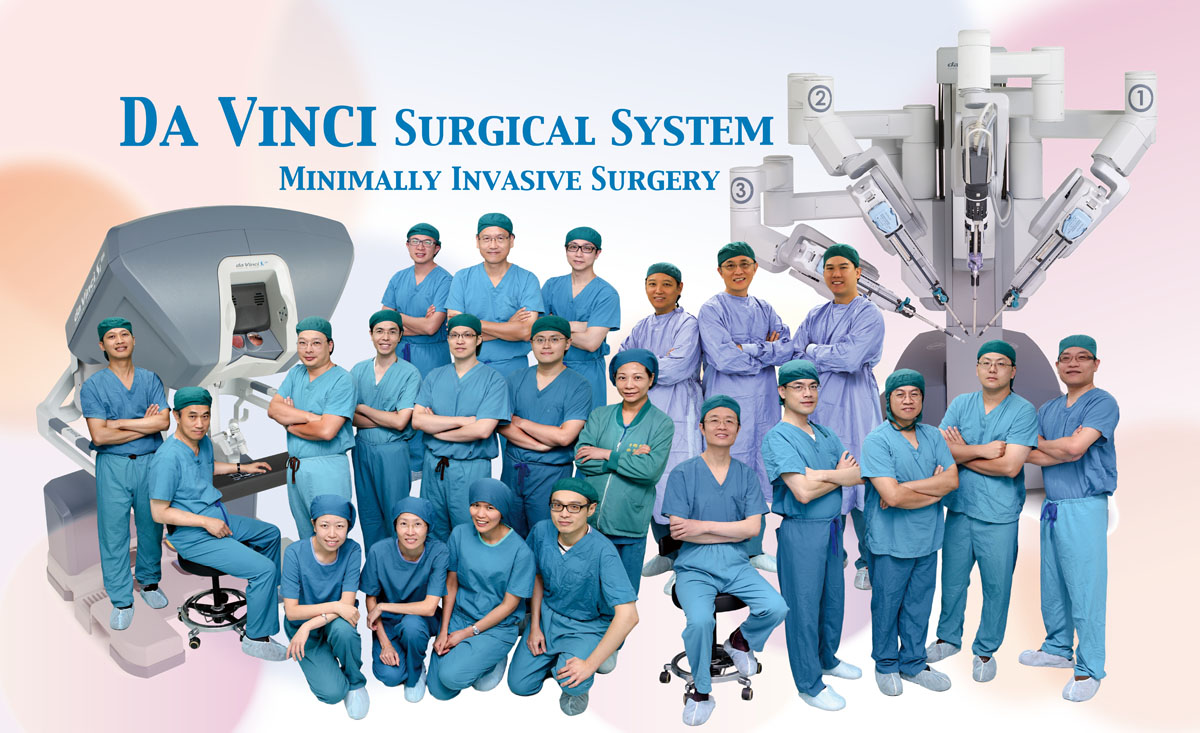